Welcome to the most beautiful days of your year in a truly unique location: Kastelruth at the foothill of the „Seiser Alm“

Our tips for your holiday: 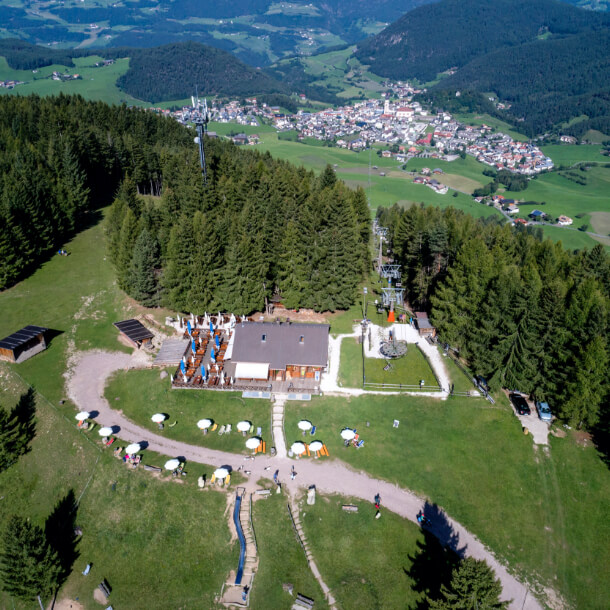 The charming alpine hut is located on the „Schlerngebiet“ plateau at 1,500 m. Here, the famous skiers Denise Karbon and Peter Fill have learnt skiing. 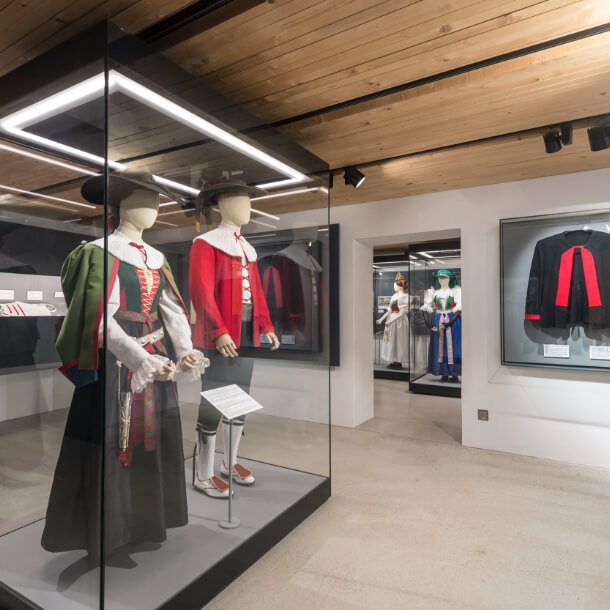 In the traditional costume museum in the historical residence Lächler at the village centre of Castelrotto, you will find many historical costumes and their accessories from the 18th, 19th and 20th century. There is also a collection of historical photographs. 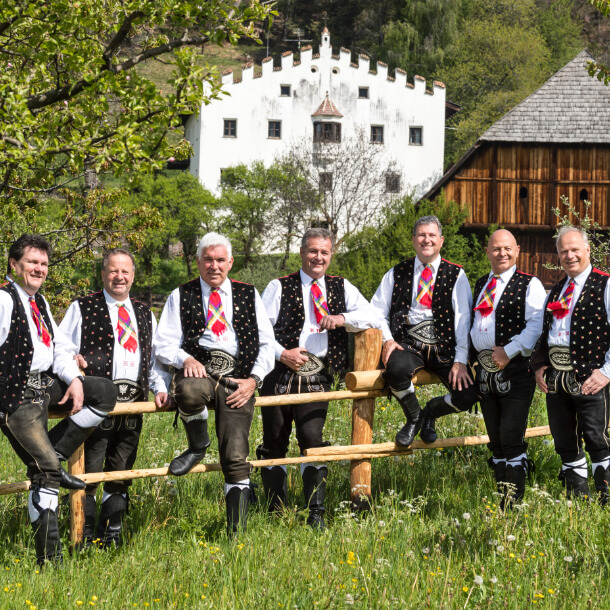 You can find out everything you wanted to know about the famous music group „Kastelruther Spatzen“ at this museum. There is also the fan shop at the museum. 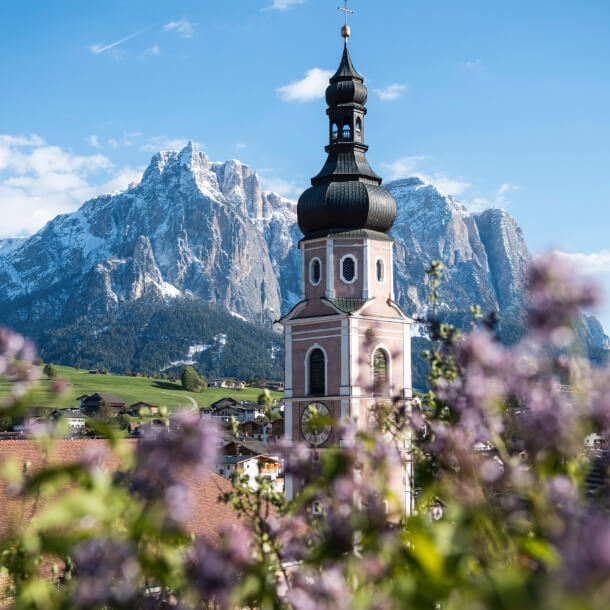 With its height of 82 m or rather 298 steps the church steeple of Kastelruth is the third highest in all of South Tyrol. It is also said that the bells have the most beautiful peal.
Just book a guided visit of the church steeple — each Thursday at 5 p.m. 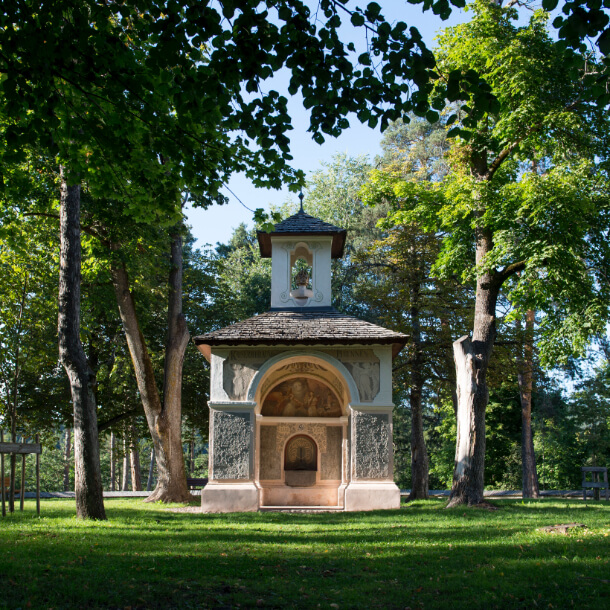 Discover the village of Kastelruth. The remains of the castle walls of Catellum ruptum can be found near the chapel at the „Kofel“ mountain.
More about the history of Castelrotto 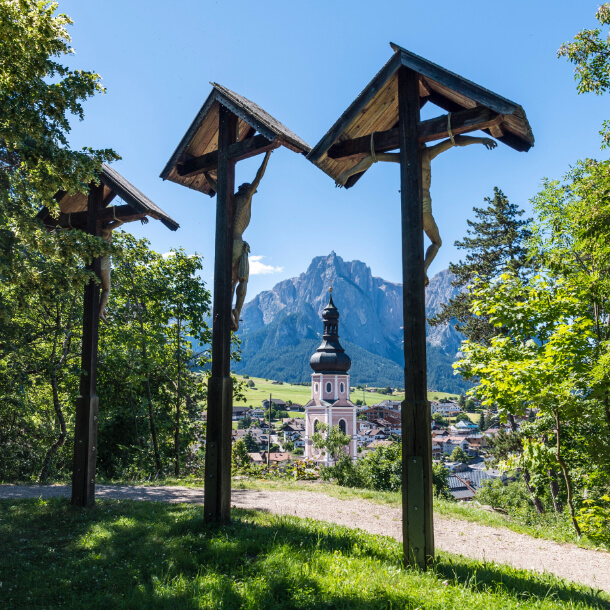 The way to the "Kofel" 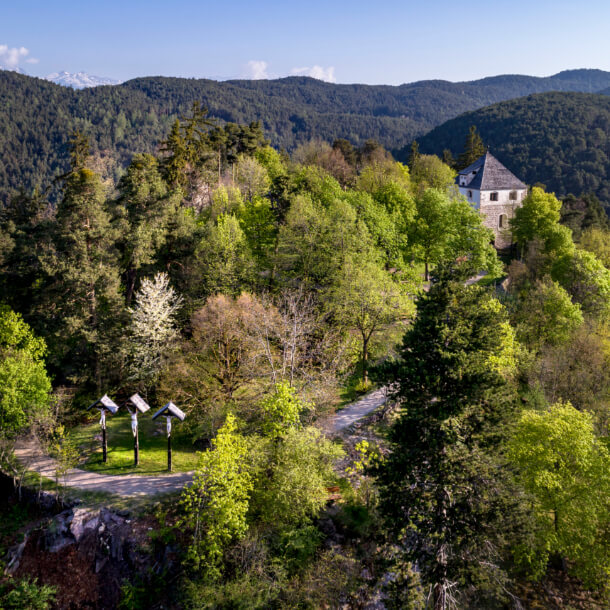 The hill top, where a leisure park is also located, invites visitors to pause, catch their breath after the climb and take in the magnificent views over the roofs of the village to the nearer and more distant surroundings. 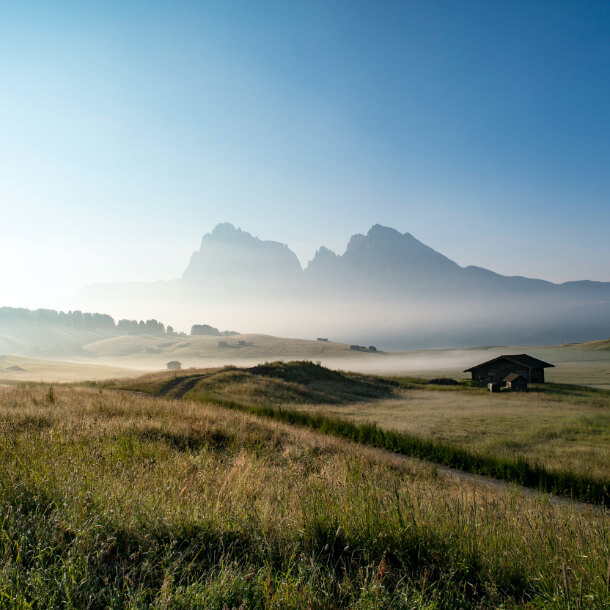 The „Seiser Alm“ is the largest high altitude alpine pasture in Europe with its 56 square kilometer. The impressive scenery covers a surface area equal to as 8,000 soccer fields and is part of the Dolomites, a mountain range classified as a UNESCO World Natural Heritage. 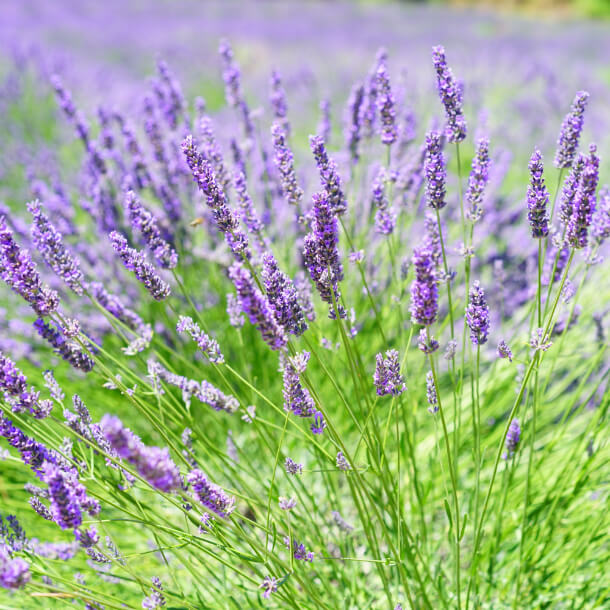 The farm „Pflegerhof“ is nothing but a paradise of colors and scents. Since 1982 they’ve been growing about 500 species of 80 different sorts of medical- and spice plants. The farmers work with love and expertise in the garden situated at 800 m and covering a surface area of 17 hectare. 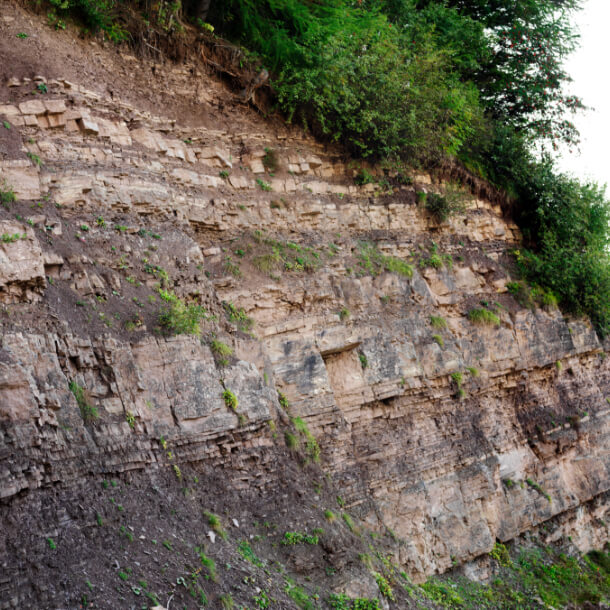 A nature experience: This path lets you experience the history of the earth and it is considered the most geologically interesting of its kind in the Dolomites. 10 different information boards along the path will show you the different rock formations. 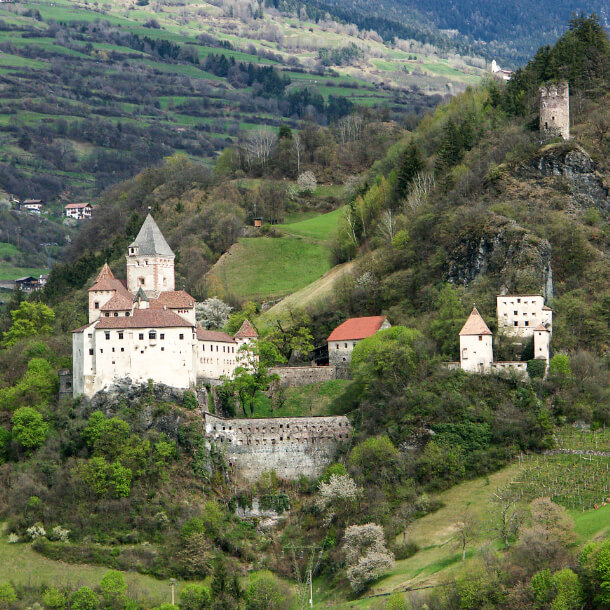 The history of the castle „Trostburg“ dates back to the 12th century. Visitors can discover ancient Roman arch windows and doors as well as Gothic fortifications. 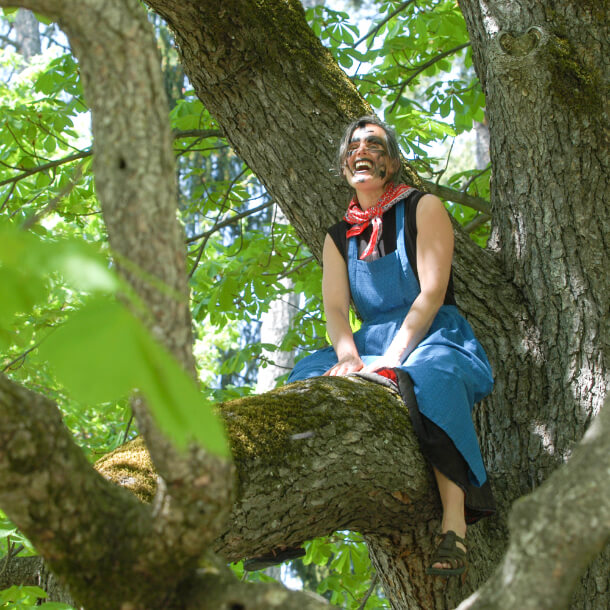 Go on a hike with witch Martha to find mysterious places at the Seiser Alm. 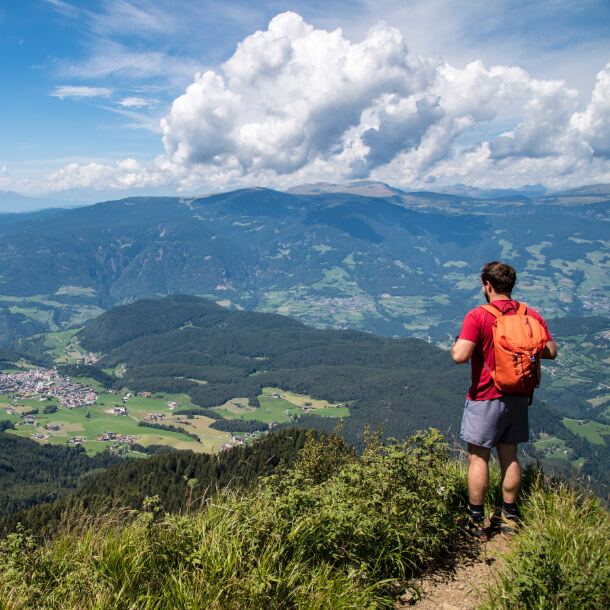 From the alpine hut „Marinzenalm“ you will hike uphill to „Puflatsch“ and to the „Seiser Alm“. This path is quite exhausting but the astonishing view and the „Witches’ Benches“ rocks are definitely worth it 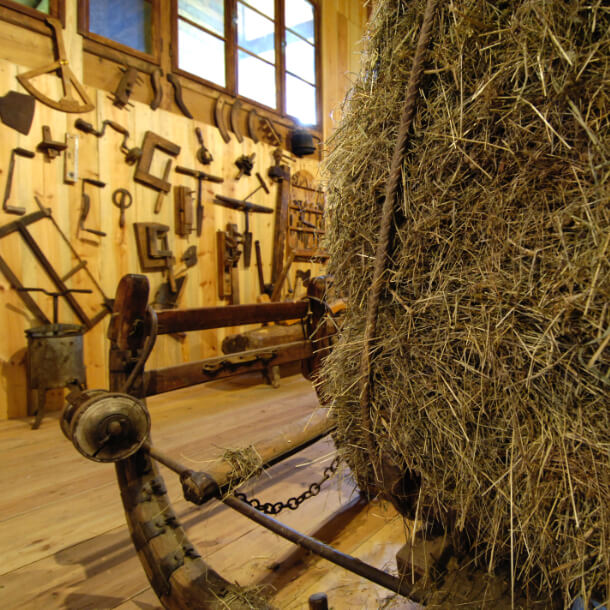 At the „Tschötscherhof“ farm, dating back to the 15th century, Michl Jaider collects old equipment for the farmers’ museum: harrows, ploughs, threshing machines, rakes, even a windmill — and much more. 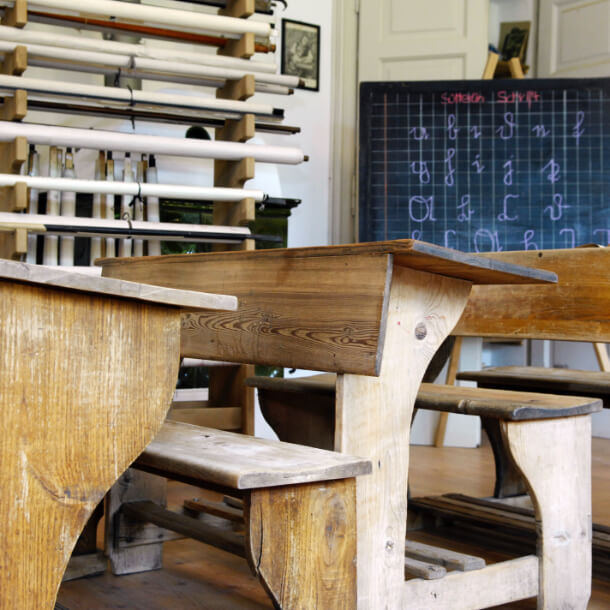 School — how it was back then and how it is today. 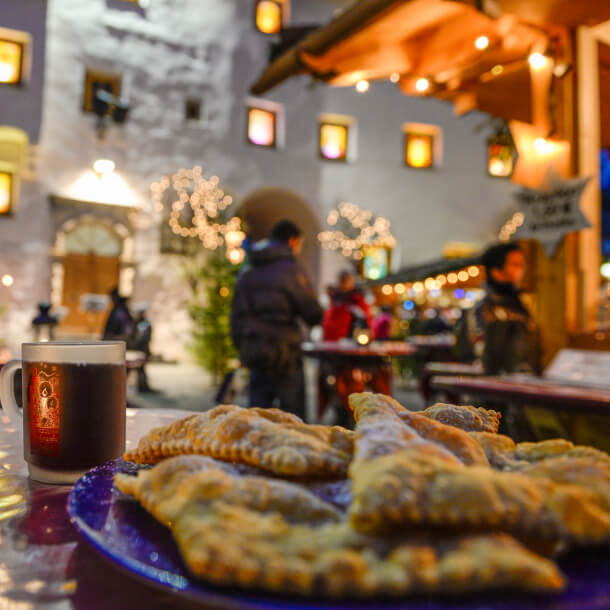 How to get
to Castelrotto

How to find us